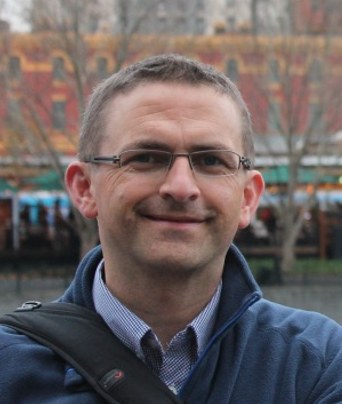 Stephen has had a long association with SAMS Ireland over the years. As a teenager, he remembers monthly SAMS prayer meetings happening in his parents’ home. Later, during his university years, he had the privilege to undertake a SAMS summer placement in Asuncion , Paraguay. This experience made a lasting impression. In response to the Lord’s call, it was a factor in his decision later to go forward for Ordination in 2005. After being an Optometrist for 10 years, he says “I moved from helping people physically see, to helping them spiritually see!”

Stephen has served in curacies both South and North of Ireland, followed by almost 7 years as Leader of an Anglican Church near Lisburn.

From 2006, Stephen served as a board member on the General council of SAMS until his appointment as Mission Director in the summer of 2018. In response to the new mission landscape that SAMS is entering, Stephen is convinced that “…the God of Mission is more able than ever to change people’s lives, through relationships, partnerships and His love. This continues to deepen where there is genuine discipleship being learned and walked in.” Stephen’s desire is to connect with people for whom God has placed Latin America on their hearts. He hopes to make a discipleship journey with them to discover what God’s purpose is for each individual.

Married to Cathy, they have 3 children, Ruby, Patrick and Scott. In his spare time, he enjoys riding a motorbike, sailing, and walking (…though not at the same time!). He is partial to a curry, especially the Thai green variety!