HOW BOYSTOWN HAS BEEN AFFECTED BY CHANGES IN GOVERNMENT POLICIES AND THE POLITCAL CORRECTNESS PREVALENT TODAY. 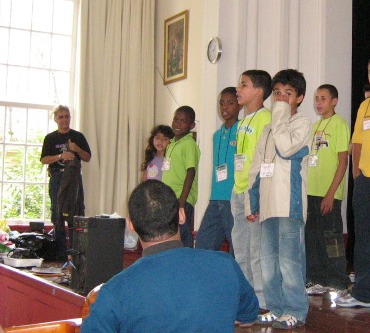 Fifty years ago Boys Town was founded by the Revd. K. Riebs, at that time Chaplain to the English congregation at Christ Church, with the objective of rescuing abandoned boys from the streets of Rio de Janeiro and giving them a home and education to prepare them for life and avoid them falling into a life of crime. A site was obtained in the mountains in Araras, near Petropolis, away from the pollution and temptations of the city, where 68, or more, boys would live and go to school, and an Orphanage was established.

A school was started in Araras, by the Anglican Episcopal Church of Brasil, which continues to function very well today, and where all these 68 boys were able to study.

Therefore, many people are rightly asking, why Boys Town only has 14 boys resident today, despite the fact that the school is functioning very well.

I first came to know Boys Town in 1975 when it was very ably run internally by Edgar and Amy Nichols, a SAMS missionary couple with help from Revd. John Saunders and his wife Judith. A Board of Directors from the Brazilian Anglican Episcopal Church took care of the financial and business administration from the Diocese of Rio de Janeiro. I became a member of this Board of Directors shortly after that time and have remained on the Board ever since.

In 1975 we had about 67 boys occupying the older buildings and also enjoying newer buildings which had just been completed. After Edgar Nichols died suddenly, the Board of Directors was faced with the problem of finding someone to continue as internal administrator. Several people tried for short periods and much of that time involved the then treasurer, Mrs. Irene Steinberg, and myself on occasion, spending time at the Home caring for the everyday needs of the boys. Finally we found a couple who were able to live there and take over the internal administration, which they did for some 20 years, until retiring a few years ago. Since then the Board has continued with the work employing various internal administrators, but many things have changed.

In 1990 a Federal Law was passed bringing in the “Estatuto da Criança e do Adolescente” known as ECA. All child care institutions are governed by this Statute, which although well intentioned often defeats the purpose, making it impossible for an NGO to comply with all the rules and regulations governing child care. The cost of caring for each child has been more than trebled for us because of the exigencies of these laws which include the necessity of employing professional staff, such as psychologist, nutritionist and social worker, as well as the normal people needed to care for a large “family”, 24 hours, 7 days a week but who, by law, can only work for so many hours at a time!

Officially the word – orphanage – no longer exists! It is now a “Shelter” and a child may only be “kept” there for a limited time with every attempt being made to return the child to family or find a substitute family (adoption). This in itself is good, but often to return a child to his family requires a great deal of work with that family, sometimes helping the family to larger and better accommodation, treatment for parents with problems (alcohol and drug abuse), providing a “cesta basica”, finding employment for them as well as making sure that the child is adequately cared for, not left on the street to his own devices, while his parents are working. This last is part of our new objective to provide this help to boys and their families, we are working towards a program of Day Care, where children can come to Boys Town in the morning or afternoon when they are not at regular school, enjoy a good meal, and receive help from qualified teachers in their studies as well as extracurricular activities.

At this moment we only have 14 boys living at Boys Town, but on the premises we have a lively pre-school program, are developing a crèche as well as the Day Care. We hope to have at least 40 children benefitting from these new outreaches by the beginning of next year.

A final point, owing to limitations of judicial areas we are no longer able to receive boys from any other municipal area but Petropolis, which includes Araras, therefore the original objective of Rev. Riebs of rescuing boys from Rio is no longer possible, in fact we had a year long fight over one little boy who was very happy with us, but was not allowed to stay because he came from another municipality! So that is why we are having to change our objectives, but we hope to continue to rescue children, and their whole families, with the help of our faithful supporters during all these years.