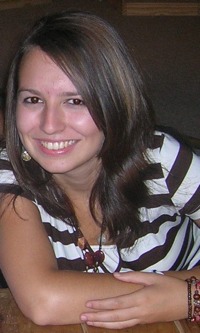 When I decided to take a gap year, I knew I wanted to spend at least part of it working within a mission setting. I was seriously considering South America as it was such a vast and unknown country, so when an opportunity to go away with SAMS appeared, I felt God was calling me to go. I was to be placed in the city of Salta, Argentina, along with a guy my own age form Lurgan, and we would be living with one of the SAMS workers, Cecilia Valdiviezo.

This all sounded lovely on paper, but I had no idea what to expect from the experience itself. I left in September 07, for a short term mission of just three months, and after two planes and a very long bus journey, we arrived in Salta.

The country itself is so…indescribable! Diverse, sunny, busy, poor, everything just seemed so DIFFERENT!!! It took us a while to get our bearings, but thanks to Cecilia we soon got used to our surroundings.

My activities in Salta were varied. On Mondays I was working in a Christian bookshop, Tuesdays and Thursdays saw me teaching English to kids in a school. At first I found this hard going but I soon discovered that kids are the best to learn Spanish from. If you didn’t catch it the first time, they say it ten times faster the second, just to make sure you’re completely lost! On Wednesdays I was looking after babies in a crèche, I loved them because they didn’t care what language I spoke! On Saturdays I worked with kids in a poor area of the city, sharing with them Bible stories and playing games. Perhaps my favourite activity however was Church on Sunday, which is odd as I rarely understood much of it! I was based in the local Church which was great as it was in easy walking distance. From my first Sunday there, everybody in the Church embraced me like I was family. The people there just seemed to radiate God’s love, they all worked together to make the Church an amazing place to worship. The young people in the Church welcomed me into their group, looking after me from day one and ever patient with my struggling Spanish, and I found wonderful friends in all of them.

My heart was torn when three months later I had to say goodbye. I had grown so accustomed to the heat of the summer sun, the food, the relaxed lifestyle, how could I return to Northern Ireland? The hardest of all was of course to say goodbye to my lovely friends, they had given me so much support while I was there, I couldn’t imagine not seeing them everyday.
I learnt so much from my time in Salta. The people there have so little so they depend on God for everything. I learnt the value of prayer, for others and indeed for myself when things were tough. I learnt to appreciate what I have, and that while language is important, actions speak a lot louder than words. I know that no one can understand my experiences just by reading about them, but for the numerous SAMS supporters who pray and give please be assured that I experienced something very significant during my time in Argentina. Be encouraged, be really encouraged.